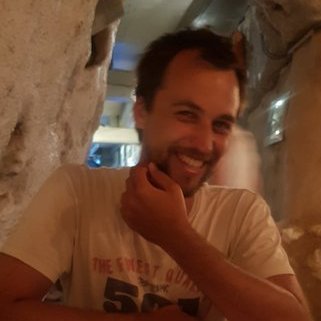 What kind of molecular mechanisms are at work in a tumoral cell population resisting against a treatment? Recent studies suggest that resistance may come from a phenotypic and organized heterogeneity in the population that may allow an adapted response to the treatment. High-throughput single-cell RNA sequencing (scRNAseq) technology quantifies the transcriptome of each cell of a population in order to measure its activity. With this level of precision, it is now possible to describe and analyse the heterogeneity of a cell population before and after exposure to a treatment. To do so, tumoral cells and their environment are collected from patients diagnosed with multiple myeloma or breast cancer and are divided in two samples. One is incubated with a control solution (before exposition), the other with a treatment of interest (after exposition), scRNAseq data are generated from both samples.

From a statistical point of view, we can model these data as couples of large samples of high dimensional data (n « d). Two sample testing is the set of statistical methods used to compare couples of samples. Performing two-sample testing on this particular setting is challenging. I will adapt and implement state of the art methods (such as kernel methods) in a scalable way. In order to give a local description of the differences between the two samples, I will also focus on methods that find influencial observations and influencial variables.

From a biological point of view, the caracterization of resistant cells and non-resistant cells and the description of the changes induced by a treatment will give access to a more fundamental understanding of the tumoral cells behaviour and the molecular mechanisms causing resistance.

This thesis is part of the mathematical axis of the SIRIC ILIAD project financed by the Institut National du Cancer (INCA). I am supervised by Bertrand Michel from Laboratoire de Mathématique Jean-Leray (LMJL) and Franck Picard from Laboratoire de Biométrie et Biologie Evolutive (LBBE). I am also working with the team 11 “Integrative oncogenomics of multiple myeloma pathogenesis and progression” directed by Stephane Minvielle and the team 8 “Stress adaptation and Tumor Escape in breast Cancer” directed by Philippe Juin of the Centre de Recherche en Cancérologie et Immunologie Nantes-Angers (CRCINA). 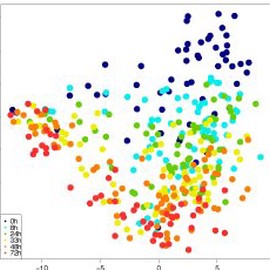